A carefully chosen book is a gift that can leave a lasting impression or simply surprise and delight on a winter afternoon.

We hope you find a book or two for even the most discerning reader or one that piques your own interest. 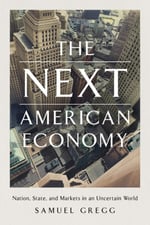 The Next American Economy: Nation, State and Markets in an Uncertain World

One of America’s greatest success stories is its economy. For more than a century, it has been the envy of the world. Today, however, America’s economy is at a crossroads. Across the political spectrum, many want the government to play an even greater role in the economy via protectionism, industrial policy, stakeholder capitalism, or even quasi-socialist policies. Gregg insists that there is an alternative: a vibrant market economy grounded in entrepreneurship, competition, opportunity, and hope. The concept of the “citizen” is historically rare—and has been among America’s most valued ideals for over two centuries. But without shock treatment, warns historian Victor Davis Hanson, American citizenship as we have known it may soon vanish. As in the revolutionary years of 1848, 1917, and 1968, 2020 ripped away our complacency about the future. In the aftermath, Americans must rebuild and recover what we have lost. 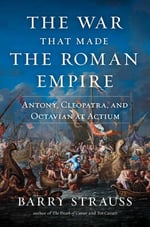 The War that Made the Roman Empire: Antony, Cleopatra, and Octavian at Actium
by Barry Strauss

The Battle of Actium had great consequences for the Roman Empire. Had Antony and Cleopatra won, the empire’s capital might have moved from Rome to Alexandria, shifting power to the east with profound consequences in the ancient world and ultimately the West. This book is essential history that features three of the greatest figures of their time. 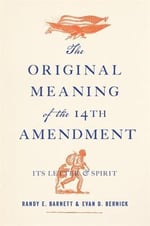 The Original Meaning of the Fourteenth Amendment: Its Letter and Spirit
by  Randy Barnett and Evan Bernick

The Fourteenth Amendment profoundly changed the Constitution, giving the federal judiciary and Congress new powers to protect the fundamental rights of individuals from being violated by the states. Yet, according to Barnett and Bernick, the Supreme Court has long misunderstood or ignored the original meaning of the amendment's key clauses. This book shows how the principles of the Declaration of Independence eventually came to modify the Constitution and proposes workable doctrines for implementing the key provisions of Section 1 of the Fourteenth Amendment. 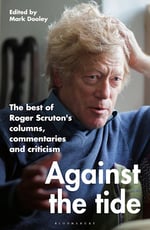 The philosopher Roger Scruton was among the leading conservative thinkers of the post-World War II generation. This book assembles the very best of his essays and commentaries, arranged thematically. Throughout the collection, Scruton proves himself to be at his most scintillating, controversial, and brilliant. 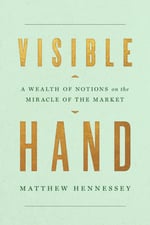 Visible Hand: A Wealth of Notions on the Miracle of the Market
by Matthew Hennessy

To most people, the word “economics” sounds like homework. In Visible Hand, Wall Street Journal op-ed editor Matthew Hennessey brings basic economic principles vividly to life in accesible ways. The book highlights the essentials: supply and demand, incentives and trade-offs, scarcity and innovation, work and leisure. A teenager should be able to discuss these things intelligently. Sadly, too few of us can explain them even in adulthood. In Hennessey’s hands, economics is far from the dismal science. 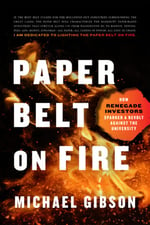 Paper Belt on Fire: How Renegade Investors Sparked a Revolt Against the University
by Michael Gibson

Paper Belt on Fire is the unlikely account of how two outsiders with no experience in finance—a charter school principal and defrocked philosopher—start a venture capital fund to short the higher education bubble. This story is the behind-the-scenes romp of one team that threw educational authorities into a panic. It fuses real-life personal drama with history, science, and philosophy to show how higher education and other institutions must evolve to meet the dire challenges of tomorrow.

Religous Liberty and the American Founding
by Vincent Phillip Munoz

The Founders understood religious liberty to be an inalienable natural right. Muñoz explains what this means for church-state constitutional law, uncovering what we can and cannot determine about the original meanings of the First Amendment’s Religion Clauses and constructing a natural rights jurisprudence of religious liberty.  Thorough and convincing, this book is key reading for those seeking to understand the Founders’ political philosophy of religious freedom and the First Amendment Religion Clauses. Broken News: Why the Media Rage Machine Divides America and How to Fight Back
by Chris Stirewalt

As a top editor on Fox News’ decision desk during the 2020 election, Stirewalt knows firsthand what happens when viewers become less willing to hear news that punctures their bubbles. Broken News is a deeply researched study of how the news is made and how it must be repaired, with surprising takeaways about who’s to blame. Stirewalt goes deep inside industry history to explain how today’s media divides America for profit. And he offers practical advice for how we can become better news consumers for the sake of the republic. Criminal (In) Justice: What the Push for Decarceration and Depolicing gets Wrong and Who it Hurts the Most
by Rafael Mangual.

The concept of the “citizen” is historically rare—and has been among America’s most valued ideals for over two centuries. But without shock treatment, warns historian Victor Davis Hanson, American citizenship as we have known it may soon vanish. As in the revolutionary years of 1848, 1917, and 1968, 2020 ripped away our complacency about the future. In the aftermath, Americans must rebuild and recover what we have lost.

©2023. The Lynde and Harry Bradley Foundation. All rights reserved.