A Tribute to Terry Teachout 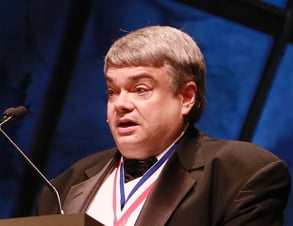 The Lynde and Harry Bradley Foundation honors the life of Terry Teachout. An author, critic, biographer, playwright, stage director, and librettist well-regarded for his wide-ranging interests, clarity of opinions, and genuine love for ideas and people. Terry was the esteemed drama critic for The Wall Street Journal. His works included among others a play, Satchmo at the Waldorf, which was premiered in 2011, as well as books including Duke: A Life of Duke Ellington; Pops: A Life of Louis Armstrong; All in the Dances: A Brief Life of George Balanchine; A Terry Teachout Reader; and, The Skeptic: A Life of H.L. Mencken. He also wrote the libretti for three operas by Paul Moravec, The Letter, Danse Russe, and The King’s Man.

As noted in a recent tribute by The Editorial Board of The Wall Street Journal:

“In 2014 the Bradley Foundation gave Terry one of its Bradley prizes, a rare winner in the arts. ‘Terry Teachout has distinguished himself, not just as a first-rate journalist, but as a supporter of the arts,’ said Michael W. Grebe, president of the Bradley Foundation, at the time. ‘His work as a biographer and a playwright is critical to advancing and preserving America’s artistic and cultural tradition.”

In accepting his Bradley Prize, Terry spoke about the importance of resisting the temptation to treat the arts, and artistic endeavor, as a political exercise. In our polarized times, his cheerful, dignified, and civilizing voice will be missed.

©2023. The Lynde and Harry Bradley Foundation. All rights reserved.