Chen Guangcheng is perhaps the world’s leading critic of the Chinese Communist Party, its oppression of the Chinese people, and the threat it poses to the United States and to constitutional democracy worldwide. Having escaped from China in 2012, he is now a Distinguished Fellow at the Center for Human Rights at the Catholic University of America.

Guangcheng has visited over a dozen countries to speak about the importance of human rights. Through his work on digital platforms, Guangcheng is able to have limitless reach, including into China where his “bootleg” messages are widely distributed. His new YouTube channel, The Barefoot Lawyer Reports, is produced for English speakers throughout the world. Additionally, the Barefoot Lawyer Podcasts provides periodic and deep analysis of current events concerning human rights.

Guangcheng was born in 1971 in a remote village in Shandong, China. The son of a poor farmer, Chen was left permanently blind by illness as an infant, and his family had few resources to support him. But despite his disability, he was determined to educate himself, eventually learning to read and write at age 18 when he began attending a school for the blind. He would be the first person in his family to earn a college degree.

At school, Chen was confronted with numerous instances of injustice occurring around him and began speaking out. He took an interest in the law but, being blind, was not permitted to study for a law degree. Over time, with the help of his close family, he taught himself law and began working on legal cases related to issues of civil rights and disability. His successful lawsuit against the Beijing Metro Corporation resulted in free ridership for the blind across China. The international media took notice, eventually dubbing him “the barefoot lawyer,” referencing the rural “barefoot doctors” of the Cultural Revolution. In 2005, Newsweek selected him for its cover.

Living at home in his village, his legal work eventually lead to his investigation into the violent campaign carried out to enforce the so-called One Child Policy. He came under a period of harassment and detention that would last over seven years, including repeated house arrests, unofficial “black jails,” and a four-year prison sentence. After nearly two years of brutal detention in his own home, he escaped his village, later seeking safety at the American embassy in Beijing. High-level diplomatic negotiations secured his travel to the US, where he became a scholar at New York University Law School in 2012. He left NYU to join the Catholic University of America.

His remarkable escape, despite being totally blind, is recounted in Mr. Chen’s memoir, The Barefoot Lawyer: A Blind Man’s Fight for Justice and Freedom in China (Henry Holt Publishers in 2015). 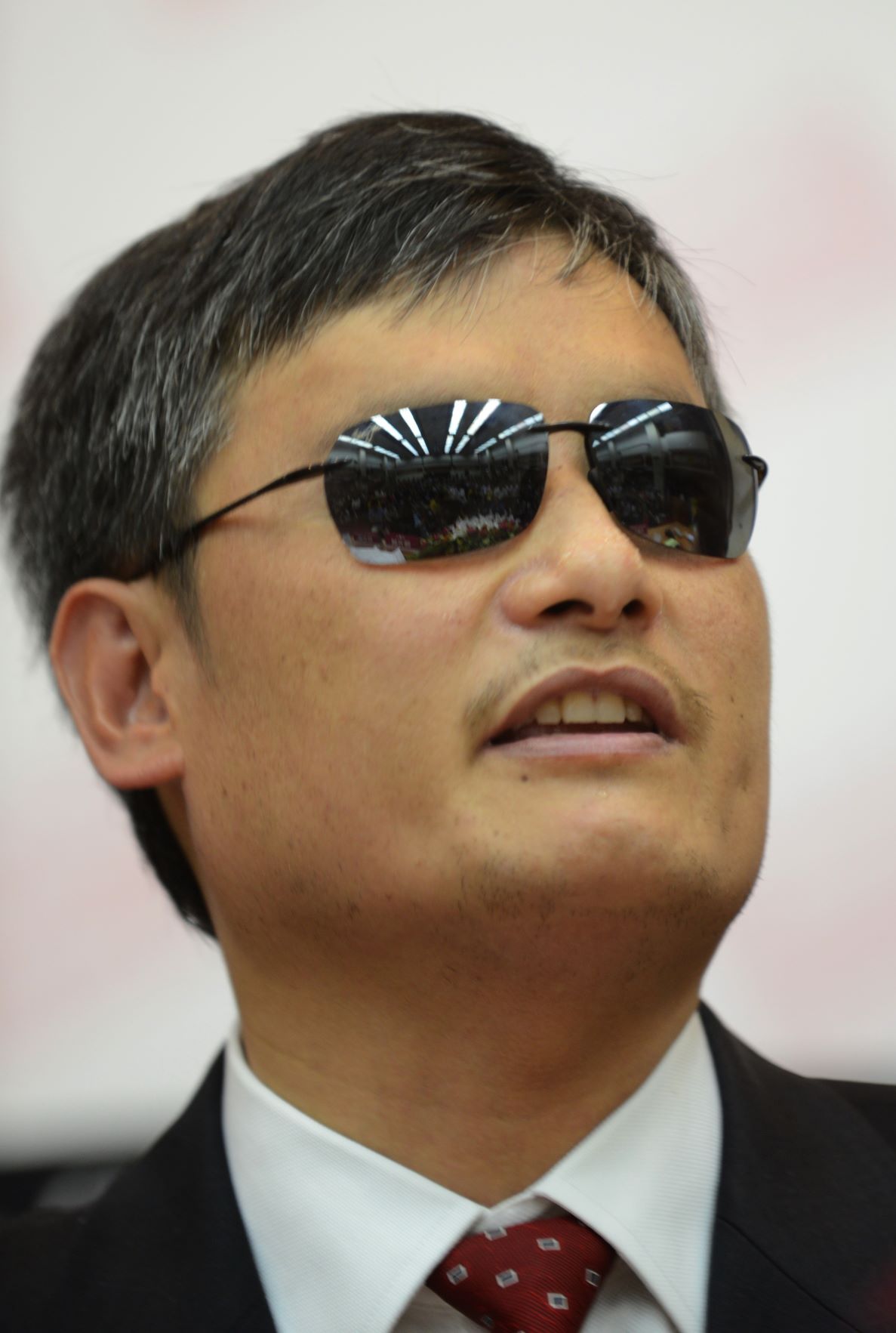