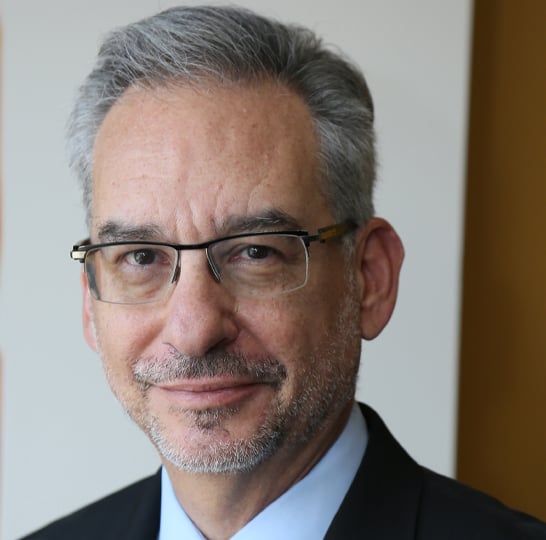 Randy E. Barnett is the Carmack Waterhouse Professor of Legal Theory at the Georgetown University Law Center, where he teaches constitutional law and contracts and is the founding director of the Georgetown Center for the Constitution. After graduating from Northwestern University and Harvard Law School, he tried many felony cases as a prosecutor in the Cook County States’ Attorney’s Office in Chicago.

A 2008 recipient of a Guggenheim Fellowship in Constitutional Studies, Professor Barnett has twice been a visiting professor at Harvard Law School. He has also visited at Penn, Northwestern, and the Universidad Francisco Marroquín in Guatemala. In 2000, he delivered the Kobe 2000 lectures in jurisprudence at the University of Tokyo and Doshisha University. In 2011, he received the Charles G. Koch Outstanding IHS Alum Award from the Institute for Humane Studies.

Professor Barnett’s publications includes eleven books, more than one hundred articles and reviews, as well as numerous op-eds. Newly-expanded editions of his books, Restoring the Lost Constitution: The Presumption of Liberty and The Structure of Liberty: Justice and the Rule of Law were published this year. His other books include Constitutional Law: Cases in Context; Contracts: Cases and Doctrine; and The Oxford Introductions to U.S. Law: Contracts. He is also the coauthor of A Conspiracy Against Obamacare: The Volokh Conspiracy and the HealthCare Case.

In 2012, Professor Barnett was one of the lawyers representing the National Federation of Independent Business in its constitutional challenge to the Affordable Care Act. Previously, he argued the medical marijuana case of Gonzalez v. Raich before the U.S. Supreme Court, after successfully arguing the case in the U.S. Court of Appeals for the Ninth Circuit. He has also coauthored and submitted numerous amicus briefs to the Supreme Court and to courts of appeals.

Professor Barnett blogs on the Volokh Conspiracy published by The Washington Post, and he regularly publishes opinion pieces in such publications as The Wall Street Journal. He frequently appears on network and cable news programs. In 2007, Professor Barnett was featured in the documentaries, The Trials of Law School and In Search of the Second Amendment, and in 2013, he appeared in Constitution USA with Peter Sagal on PBS. He portrayed an assistant prosecutor in the science fiction film InAlienable, released in 2010.